Even in markets where credit card penetration is high, shopping cart abandonment is still a major source of concern for online vendors. Now imagine the situation in Southeast Asia, where many countries have scores of e-wallets, buy now pay later services and other forms of payment. Bank transfers are also popular option for online purchases, but involve several steps, which increases the risk of cart abandonment.

Arrow wants to make the checkout process easier by acting as a layer on top of payment gateways. It supports more than 50 different payment methods, including all the major ones in Singapore, Malaysia and Indonesia (including Atome, GrabPay, Boost and GoPay).

The company announced today that it has raised $4.8 million led by Sequoia Capital India, with participation from Alpha JWC and Zinal Growth. Angel investors including AIG and Maxis board member Ooi Huey Tyng, Paysend chief operating officer Steve Vickers and Coinbase head of Southeast Asia Hassan Ahmed also participated in the round. 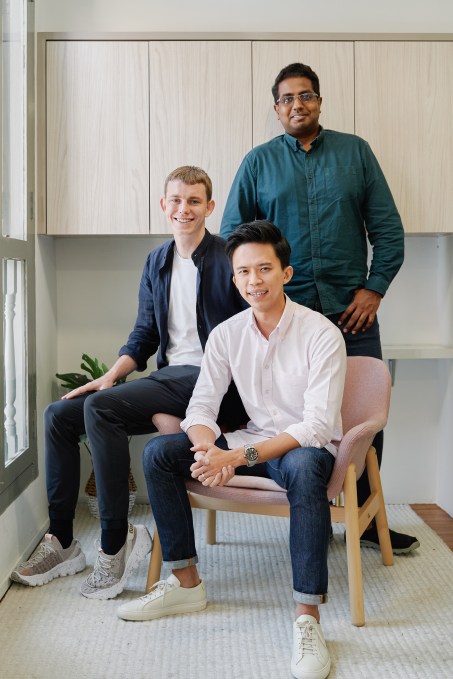 Launched 15 months ago, Arrow was founded by Liat Beng Neo and Sebastian Roervig and is now used by 100 merchants. Liat Beng Neo told TechCrunch that a major reason for cart abandonment is that “the current checkout processes in the region do not account for its incredible diversity. Southeast Asia is made up of eleven different countries, each with their own unique e-commerce habits and nuances.”

For example, he added that some regions have poor internet connectivity, so customers may drop out of the checkout process if it involves clicking multiple webpages. Even popular payments, like bank transfers, involve several steps, and each one means the risk of a customer changing their mind about a purchase.

In addition to payment methods, Arrow also integrates shipping information and affiliated loyalty programs, so customers see everything on a single checkout page. Arrow can be integrated into shopping platforms like WooCommerce or Magneto or through APIs that let merchants replace their existing storefronts with Arrow. For social commerce, retailers get a checkout link they can message to their customers.

Arrow can be used by all kinds of merchants, but is focused on FMCG and other discretionary goods and services, Liat Beng said, because those tend to have high cart abandonment rates. It also caters in particular to merchants who deal in high order volumes, since they would benefit the most from improvements to cart abandonment rates, he added.

Arrow is currently active in Singapore, Malaysia and Indonesia, and plans to focus on those three markets for now, while planning for expansion into the Philippines, Thailand and Vietnam.